Nietzsche’s is one of Buffalo’s truly legendary venues—not only because it is a linchpin in the local scene but because of its welcoming reputation among national and regional touring acts. And because of its history as the jumping-off point for many local musicians who have moved on to bigger things; Ani DiFranco is the most famous, but by no means the only of these. Nietzsche’s is a fixture in Allentown, host to parties, benefits, local characters, and night after night after night of live music.The club’s owner, Joe Rubino, opened his doors nearly 25 years ago. He was a partner in a long-gone West Seneca club called Frodo’s but was looking for a new venture. His accountant, a high school friend, told him about a cavernous joint in Allentown that was up for sale. The rest is local music history:

Joe Rubino: The first time I walked in, I didn’t know what to think. It was called the Jamestown Grill, and it looked a lot different than it does now. By the second time I was totally obsessed with wanting the place. I’d had a little taste of music with the first place, Frodo’s, and thought that this was a natural for live music on the weekends.

Artvoice: But pretty soon it wasn’t just weekends, it was every night.

JR: Within a year it grew to three or four days, and I believe a little past a year it was like, “This is what we should do here.” I remember one of the bartenders, Kenny Zempke, said, “Why don’t we just do it every night?” And I said, “You know what, you’re right, let’s do it every night. This is what it’s about.” We’ve actually only had a few dark nights over the years.

AV: How have you managed to do that?

JR: Stubbornness. Holding on by the fingernails. Sticking with it no matter what. There have been two or three times when I came close to closing, and hopefully there won’t be a fourth, but it’s a struggle. Live entertainment is a struggle for a club, for the musicians, for everybody. But it’s a worthy project.

AV: How close have you come to closing?

JR: We’re talking about being behind on mortgages three months; the gas company, the electric company coming down every month, coming down in person, and if you don’t give them something the power’s off. It was three times over the last 25 years, and they’re memories I’ll cherish in a certain way, and I hope I’ll never have to have another one of them.

AV: What kind of music do you showcase?

JR: We have some nationals coming through, but this place is really centered on the local scene. That’s the strength now. When I first started out, I have to say, it was more cover bands, which is very valid to this day. But I began to realize there was really a healthy scene in Buffalo. I don’t get to many cities, but I’ve been impressed by how many musicians there are out there, how many bands come together and how well they play. If I wanted Nietzsche’s to represent anything, it would be the local scene. I think people should realize that they’ve got an opportunity to see a lot of great Buffalo musicians. I think they’d be impressed if they just tried it. They might even get hooked on what this Buffalo scene is about. I know I did.

I wanted to do it maybe from a little bit of a business sense and an aesthetic sense, but I now realize the wealth of this community. I’m very happy that I can be a host to what these musicians do here. And I’ll tell you, at Nietszche’s they don’t make a lot of money. They get the door, by the way—a lot of people come to the door and they think, “Look at this, the club’s making a killing,” but that door goes to the musicians. And they don’t make very much at all. Sometimes there’s four bands, there’s up to 20 people splitting a door. They lug in their equipment because they love to play, and that’s what I’m glad to be a part of.

AV: You’ve given a great platform to lots of artists over the years.

JR: And I’m happy to give that platform, but I’m amazed at how people have taken that platform and done so many creative things here, that it’s almost an entity inot itself now. Sometimes I’m too close to it and I can’t see it, then all of a sudden there’s a special night and I just look at the feeling, at the energy in the room, and I’m extremely happy that I can be that host and let those energies flow. 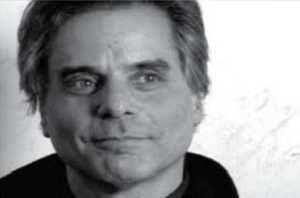 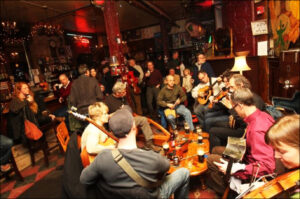 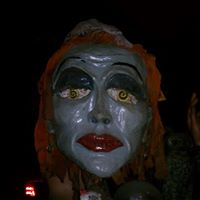